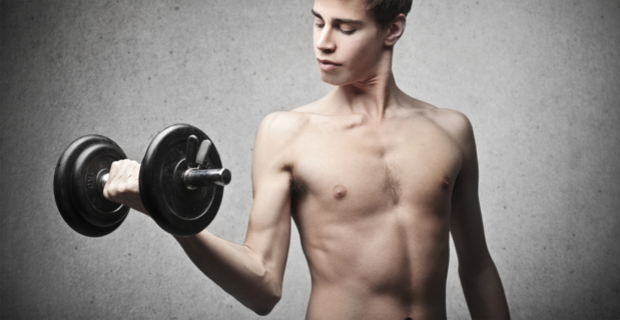 Knowing your body type is the most important thing to know when you are aiming to gain weight, or build muscle. That is because different body types have different ways of reacting to exercise and weight lifting.

Somatotyping is a system of classifying human physical types and body shapes. Developed by American psychologist William Sheldon and outlined in his book The Atlas of Man, the system classifies humans by their natural, genetically predetermined body build, appearance and temperament.

By exploring the link between body and temperament and interviewing hundreds of people, he searched for clues and tried to find traits that could describe the basic elements of behavior. He found there were three basic components of body types that stood out: endomorph, mesomorph and ectomorph.

By training and eating in accordance with your muscular structure and other genetic markers, you’ll be able to build muscle faster and see better results.

The physiological characteristics unique to the ectomorph somatotype are fascinating. Their monkey plays with their mind and says things like, “You’re so skinny you look like a toothpick” or “You’re less of a man or woman – literally” and the ultimate effect is that often they suffer a lower self-esteem. An ectomorph with a concave chest can be just as terrified, sensitive or shy about revealing their physique at a public swimming pool as an endomorph who shudders at the thought of someone catching a glimpse of their “rear end reality” or “cottage cheese” thighs.

This body type typically cannot gain weight no matter how much food they eat or how hard they train. Over time, after spending months in the gym and training (often incorrectly), the increase by natural growth of mass is viewed as an impossible task. Thus, skinny individuals who cannot gain weight and who struggle to hold on to what they have when exposed to physical or mental stress display anorexic behavior patterns regarding the consumption of food. They are sometimes viewed as nervous or hyper people who fidget constantly.

We should keep in mind that an underweight condition can negatively impact human performance and often lowers self-esteem. Thin, wiry individuals with a linear appearance that reveals no bulges along the frame possess many Type A personality traits. They often suffer from anxiety and nervous system related problems and are prone to neurological trauma.

So, how can a hard-gainer increase his or her lean body mass? Just wander around this website and read all there is to read on how best to gain weight!