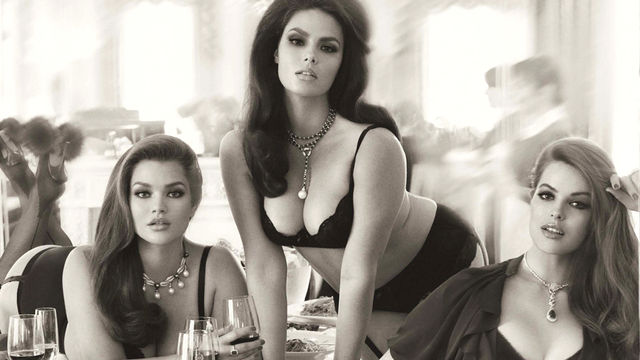 It seems like so many women are constantly looking for effective diets or workout plans to make them size zero. “The less my weight is, the more popular and attractive I am”. But what type of figure really does drive men crazy?

Scientific studies have consistently demonstrated that men through the ages have found women with hourglass figures more attractive.

A study has found that men really do prefer ‘normal’-sized women with a few curves to those who are fashionably thin. They find a body like Scarlett Johansson’s or Kate Winslet’s more attractive than the angular frames of Posh Spice and Paris Hilton.

The research from St Andrews University, published in the journal Perception, involved a group of male students. Researchers asked them to rate photographs of female faces for attractiveness. The women in the ‘normal’ weight range were rated as better looking than the skinny ones.

Professor David Perrett said: ‘This sends out a strong message to all the girls out there who believe you have to be underweight to be attractive. ‘The people making judgments in our study were all between the ages of 18 and 26 and they did not rate the underweight girls most attractive. They preferred normal-weight girls.’

According to an another research, men prefer women with “softer” figures. The investigation, compiled using the Web Opinion Analysis method, surveyed 1200 men aged between 25 and 55, who were monitored through leading social networks. The result is clear: 81% of the men interviewed preferred curvy women to skinny women. Fuller-figured women are thought to have the right mix of fun and sexiness: they’re seen as more feminine (65%) and more seductive (52%) than thin women.

A survey in Fabulous magazine says men in the U.K. find a size 12 to be ideal

Curvaceousness always creates a more shapely and harmonious effect on a woman. A curvy woman may even seem to look more natural and appear as more easily graceful than a skinny or waif-like woman.

Those voluptuous female curves on a woman also happen to exude sensuality (and are associated with fertility) And, basically for a man, that’s pretty NICE to see.

Generally speaking, curves to a male subconscious, coincide with a woman’s ability to conceive children. A woman with wider hips and bigger breasts (to a male subconscious), would be more capable in ways of child bearing and breast feeding than say, a super slim streamlined woman with a smaller chest. This is not so for every man, though it is an accepted thesis.

Many scientists believed that a shapely figure suggested to a man that a woman would be good at bearing children and have a longer life expectancy. Such a study performed by scientists from the University of California and the University of Pittsburgh, suggests that they are also cleverer.

The research concluded that women with lower waist-to-hip ratios (WHR) produced children with better intellectual abilities[2]. “Shapely hips and thighs hold essential nutrients that nurse brains and could produce smart kids, too,” said one researcher, Steven Gaulin, of the University of California at Santa Barbara. 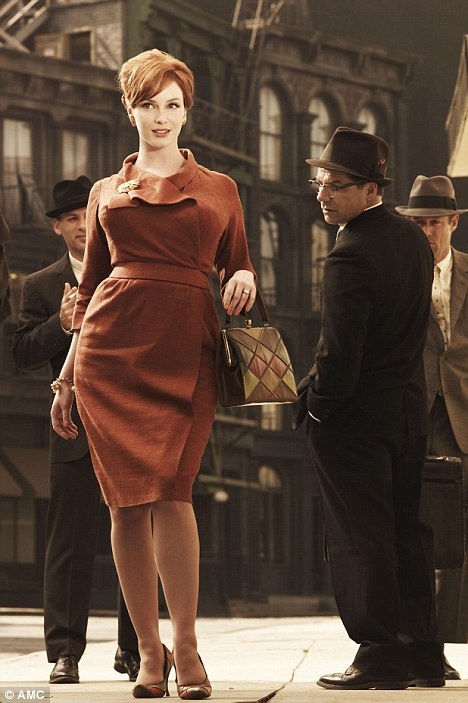 It’s been confirmed: Skinny women are more successful in their careers. Women who are “very thin” earn nearly $22,000 more than their “average weight counterparts,” according to a study in the Journal of Applied Psychology.

The fact is that a very skinny and ‘waifish’ type of woman often has rather unsightly bones that are clearly visible through the surface of her skin. This is NOT an attractive look for a woman! Though, a slight gain in weight should eliminate such a ‘skeletal’ appearance.

It’s also important that a woman shouldn’t ever get too thin – because exaggerated skinniness spoils the ideal lines of femininity. The sharp and angular lines of a particularly skinny woman is generally not considered to be feminine or womanly at all. This kind of female figure can also be considered to be more androgynous in appearance – even to appear as ‘boy-like.’

Also, being underweight can ruin the appearance of a woman’s face – giving her a gaunt or hard look – not to mention she risks looking like she’s fallen victim to ‘lollipop head syndrome’ (a big head on a small body.)

Skinny vs Curvy might be an over the decades debate but in real life men always prefer women who are more feminine, healthy and confidant. Though it’s all about men’s preference, It is obvious that they find women most attractive when they take care of themselves maintaining a healthy balance of muscle and fat. So Being HEALTHY is what matters. That is what we should all try to focus on. If you’re a woman, then take-home message is stop dieting to be rail thin and adopt sound eating habits and an active lifestyle. Then you’ll be irresistible.

Do you think men prefer a lady with curves? Your comments and thoughts on this subject would be greatly appreciated.