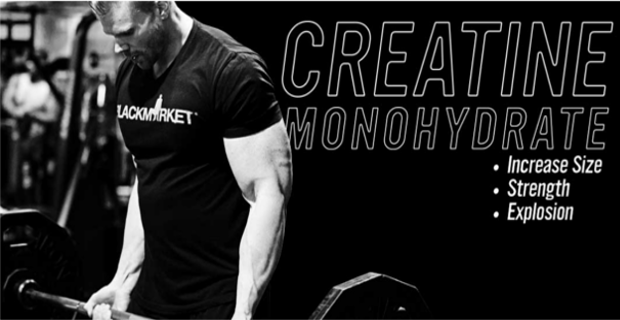 If you are a gym freak or bodybuilder or simply interested in fitness training, beside whey protein you have likely heard a lot about creatine and the muscle miracles it performs. Unfortunately, most people believe that creatine supplement build muscle mass, but probably not the way you are thinking.

The best way to describe creatine is to say that it helps the muscles aid themselves to mass build. In brief, creatine supplementation provides you proper energy which lead to perform way better in the gym, as a result mass muscle gain.

***After reading this section please be sure to read our Dangers of Creatine page before you decide it is right for you.

Creatine – What Is It

Creatine is a nutrient substance of the ATP-CP energy system of our body. It serves as an energy stock in muscle cells. This nutrient found naturally in our body and is synthesized in the liver and the pancreas at a rate of around 2 grams every day, derived from a combination of the three amino acids – methionine, glycine, and arginine.

The body has around 100g to 115g of creatine stored as creatine phosphate (phosphocreatine). It is believed that 95 – 98% of the creatine in our body is stored in our skeletal muscles. The remaining about 2- 5% is stored in various other parts of the body including the brain, heart and testes. The main function of creatine is providing energy to your muscles for movements, especially quick and explosive movements.

Besides body’s own production of creatine, it is also found in our diet like red meat and fish, but in low concentrations. Two pounds of uncooked red meat contains only four grams of creatine and cooking the meat lowers the creatine level even more.

Is it Worth to take Creatine

A team of independent scientists, headed by Ira Wolinsky, of the University of Houston, and Judy Driskell, of the University of Nebraska, put creatine on the top of their “What Works for Strength and Muscle Mass” sports supplement list. This distinguished group of scientists who conducted the massive research review on creatine included R ichard B. Kreider, who is a leading creatine researcher and supporter of using creatine as an ergogenic aid for sports performance and muscle building. These and other top sports scientists reviewed creatine and concluded the following about the effectiveness of creatine:

The combined results of the dozens of research studies prove that from taking creatine you can get bigger, stronger muscles, faster. Theses studies reveal that creatine users consistently experience greater gains and improvements over the people who were not taking creatine in the studies. This means that creatine has been scientifically proven to produce statistically significant results, over and over again.

The improvement in strength and energy when taking creatine supplements is usually obvious for most people. It is quite common to feel stronger in the gym and experience better muscle pumps within 1-2 weeks of taking creatine. You can think of ATP as the cell’s energy currency and phosphocreatine as a debit card with an adjustable balance – the balance being set by creatine deposit via the diet and creatine supplementation. 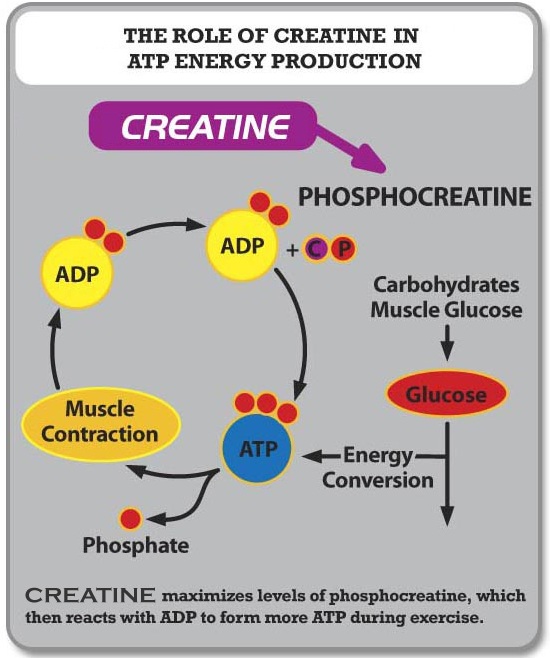 Energy is fundamental to human life processes especially for the contraction of our skeletal muscles to generate the strength to perform every activity and to pump steel. We ultimately derive energy from food but how do we burn those calories and transform it into useable energy?

Cells are the simplest building blocks of the human body. The cells of the body cannot use food directly for energy. The energy (calories) in food must be broken down (in a process called oxidation) into a form of energy small enough for the cells to use. That smallest form of energy is ATP (Adenosine TriPhosphate). During physical exertion our body breaks down ATP into ADP (Adenosine DiPhosphate), releasing of the phosphate molecule results in short term energy bursts lasting for about 5 to 10 seconds, allowing our muscles to lift heavy weights. However, after this time muscle tissues run too low in ATP causing muscle fatigue. So it’s important that you keep your ATP reserves at their optimum levels at all times.

Whilst glucose from carbs also converts to ATP it’s at a much slower rate than creatine phosphate. By donating phosphate ions to ADP molecules, creatine ensures that the depleted ADP compound is efficiently converted back into energy rich ATP ready to power muscle contractions again. The great thing about creatine is that it is converted to ATP very quickly taking only a fraction of a second.

[box type=”note”]Creatine may be a good fit for people: [/box]

Creatine increases the availability of instant energy. It increases muscle strength. It improves endurance and delays fatigue. Creatine will force a little bit more fluids into your muscles, giving a good pump and making them a little bit bigger. This is known as cell volumization – leading more water inside the cells, making muscles bigger and firmer. Do not confuse this with water retention that happens outside the muscle cells, making the muscles look smooth. It’s not uncommon to gain 6 to 10lbs during the first two weeks. This gain is largely due to the increment of body fluids in the muscles. This environment makes it easier for the body to gain muscle mass.

What Happens If I Stop Taking Creatine? The unfortunate fact is that once you stop taking creatine supplementation, it will take about two months before your body clears it out 100%. After that, you’ll probably lose some of your weight and strength gains due to loss of water inside the cells.

Creatine isn’t a magic substance that gives you more muscle — it actually allows you to work harder IN THE GYM and realize some incremental gains in strength and hypertrophy. Though, creatine increase cell volume causing weight gain and look bigger. But this weight gain is usually a combination of the addition of some lean muscle mass with increased intramuscular water retention, as stated before.

Bottom line is there is zero benefit to creatine supplementation if you are not working out hard along with it. That said, it won’t make you fat either, although it could make you gain some water weight.

Creatine is NOT a steroid and it does NOT have any of the side effects of steroids. You are not going to lose your hair, get acne, have roid rage, fry your liver, or shrink your balls from taking creatine. There might be stomach upset in the beginning of creatine supplementation. [Read more about creatine side effects]

In fact there have never been any serious side effects from creatine ever recorded in research. I mean if creatine was a dangerous substance the FDA would have pulled it from the market long ago. But instead creatine supplements have been used by athletes and fitness enthusiasts for over 20 years now with very positive results. 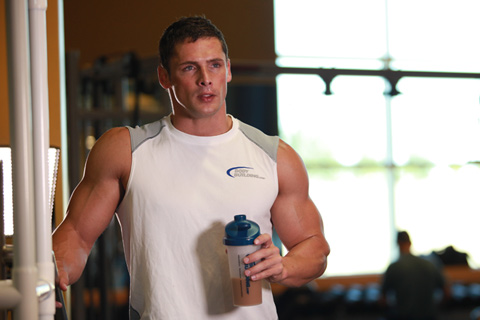 How Should I Take Creatine

Creatine works best in combination with carbohydrate. This combination boosts the amount of creatine accumulated in muscles as much as 60 per cent. With more creatine and carbohydrate in your muscles, you have more power to train. The creatine-carbohydrate combination increases insulin which increases the uptake of glucose, which is ultimately stored as glycogen in the liver, and muscles for fuel. The more glycogen you can stockpile, the more energy you will have.

Should I Load Creatine

If you search over the net about creatine supplementation then you will obviously find the term “loading phase“. The idea of creatine loading is to saturate your system with creatine as quickly as possible. The standard practice is to take 5 grams of creatine monohydrate up to 4-5 times per day, for 5 days. By the end of that loading phase you would felt like a tank in the gym.

However, this isn’t really necessary especially if you are planning on using creatine over the long term. Just taking the maintenance dose of 5-10 grams daily will still top up your body’s creatine levels and saturate your system with creatine within a few weeks.

But if you are the impatient type who wants to get the biggest hit possible from creatine, you can go ahead and load with it. Granted it may cause water retention and some stomach digestive issues. But if you are not in that big of a rush, just take the maintenance dose and you’ll still get the same results within 2-3 weeks.

When Should You Take Creatine

Daily and consistent  creatine supplementation keep your muscle creatine levels topped up and reap the benefits that creatine has to offer. However there is an interesting question about timing and you’ll hear 2 sides to this one. Some people believe that you should take creatine before working out so the creatine is available in the blood stream to be used during your actual workout itself. Others believe that you should take creatine after your workouts because your depleted muscles will be able to absorb and utilize the creatine and other nutrients better.

To Sum Up. Creatine acts as a buffer to reduce the rate of ATP depletion during exercise. Creatine occurs naturally in the body in relatively small amounts and the ‘body building’ supplements just provide an additional supply of creatine, this enables you to work harder at the gym. It does not directly contribute to muscle weight gain, however enables you to work your muscles harder.

Caution: The Information contained herein reflects only the opinion of the author and is in no way to be considered medical advice. Specific medical advice should be obtained from a licensed health care practitioner. Consult your physician before you begin any nutrition, exercise, or dietary supplement program.