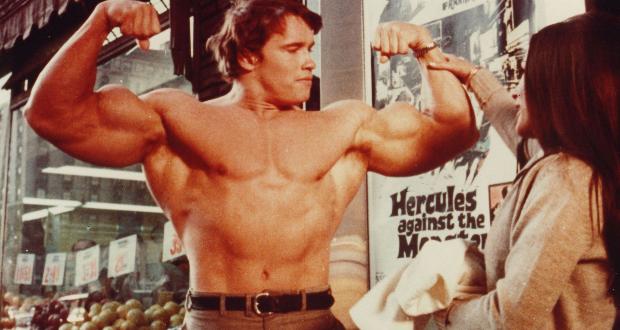 Is there any real proof that having a well muscled physique makes you more attractive to the opposite sex? Interestingly enough, there actually are scientific studies out there that answer that question, though the answers might surprise you.

From movies to advertisements in today’s modern media, the ideal man is almost always well built. Stars like Arnold Schwarzenegger and Sylvester Stallone still stand out decades after the zenith of their movie careers as the epitome of masculinity, prompting millions of men to start lifting weights and in many instances drive them to extremes such as using anabolic steroids to achieve their goals. Media hype aside however, is there any real proof that having a well muscled physique makes you more attractive to the opposite sex? Interestingly enough, there actually are scientific studies out there that answer that question, though the answers might surprise you.

The Muscle Man As An Ideal Mate

Well it depends on who you are asking. Researchers found that women who saw themselves as conservative and feminine tended to favor ‘muscle men’ while more ‘liberated’ women leaned more towards thinner and more linear bodies. What was also observed was that  big women preferred big men.

As interesting as these findings might be in terms of women’s ideal mate choice all these factors fall aside when researchers observed their actual choice of mate. Overwhelmingly bodies of research have shown that the best clue to a women’s favorite male physique is the type of physique belonging to the man who is ‘the most important to her at that time in her life.’

The fact that women prefer the physique of the man that is currently important to them suggests that partners are selected for many reasons besides physical attractiveness, and that people can favor an ideal body type but still not be happy with someone that fits that ideal.

Muscles – Hot or Not?

A study from University of California Los Angeles lead by David Frederick and colleagues published in the Personality and Social Psychology Bulletin, suggests muscles in men are akin to elaborate tail feathers in male peacocks: They attract females looking for a virile mate. “Women are predisposed to prefer muscularity in men,” said study author David Frederick of UCLA.

This fascinating paper actually includes 6 studies and is difficult to summarize. Here I will focus on just one of the studies:

Most preferred a toned man who was more likely to commit over a muscle-bound man they perceived as more volatile, aggressive and dominant.

Muscles do give you the potential of a good first impression- but after that it character, personality and a host of other factors will determine one’s eligibility. For this reason when it comes to find a long-term partner, women tend to pick a regular man over a mate with huge biceps. So, the desire for a well developed body should spring from a genuine wish for self improvement and overall health, and certainly not only as a way to pick up women.