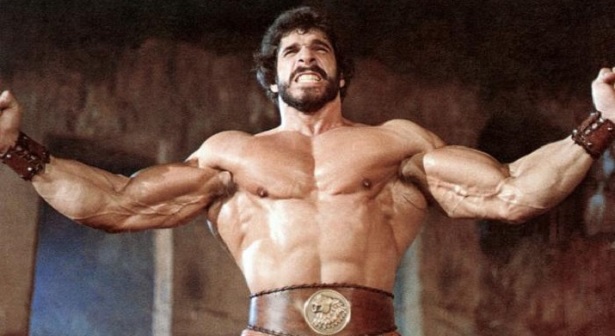 Learn to get arms like the ever-popular and bodybuilding legend Lou Ferrigno as he shares his secrets of building monster sized arms. In this workout routine we will talk about his strategies he uses, his lifting form, and some special techniques he used to force hulk like biceps.

These are the meat and potatoes of you bicep building workout routine. They are usually done heavy and maintaing strict form as to reduce chances of injury.

These are the two exercises Lou loves to keep strict form on, but lift heavy. He says that he likes to go as heavy as possible as to not sacrifice form. This is true even if you can only lift a small amount while keeping true form. We all have to start somewhere.

One of these exercises are tagged on the end of the biceps mass building to really isolate the biceps muscles and force maximal growth. This is done by completely wearing out the fibers found within the biceps in the rep range of about 8-10. During heavy movements the rep range is lower and type ll fibers are mostly stress.

When we do higher repetitions right after we can reach those type l fibers otherwise known as your “endurance” fibers. Basically you just need to know that for full bicep development training both types is better than one. You can read more about these fiber types here.

By the way, for those of you who don’t know, spider curls are simply one handed dumbbell curls done sitting at the end of a bench with your elbow resting on your leg. 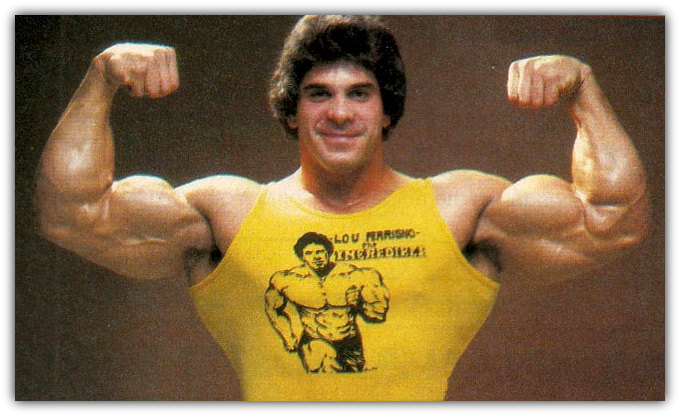 Lou uses this technique during the last exercise of his routine. He says he likes to do barbell curls with the 21 technique and picks a weight that is half of what he would normally use on his last bicep set.

How to do it: Start performing the first 7 reps from the normal start position up until your arms are parallel with the floor or halfway through the full range of motion. When those are done go immediately into curling the weight 7 more times but this time starting halfway through the motion to the top of the motion (arms perpendicular to floor). The last 7 repetitions of the entire set are killer as you must go through the complete range of motion or a full reps. This technique burns but it works.

Muscle confusion is achieved by constantly switiching something up in your workout. No two workouts should be the same and can be done by simply switching the order of the exercises, rep ranges, or implementing special techniques like the 21′s.

Lou Ferrigno was a strong believer in muscle confusion as used it in all his workouts. He used to do exercises in a standard routine but said his muscles soon become well adapted and would not show a further growth response.

Lou states, “If I were to do the same routine every workout, my biceps would eventually adapt to the exact kind of stresses I?m putting on them and not respond. To combat that, I?ll reverse the order, swap out different exercises for my usual ones or just mix up the entire workout on occasion. Joe Weider calls it the Muscle Confusion Training Principle, and I?m a strong believer in it.”

Emphasizing how important form was to Lou Ferrigno’s training routines cannot be stressed enough. You will reduce injury and make your workouts that much more effective by ONLY targeting the muscles you are there to target.

For example, when doing barbell curls, you want to take a shoulder-width grip, keep your chest high, your shoulders back and, as with seated inclines, never completely straighten your elbows at the bottom of the movement. You also want to keep the motion steady throughout.

Lou Ferrigno would also employ a mental techniques. “A mental trick I’ve used is thinking of the motion as if I were playing a violin, keeping the same pace both in the positive and negative portions of each rep.”

Lou also states that your biceps should be in a constant contracted state throughout the exercise and should never be relaxed. This ensures strength and mass building with every rep- don’t just go through the motions.

Training Back With Biceps?

Most often you will find people pairing back training with biceps but Lou Ferrigno does it a different way. He finds that by the time he actually gets to his biceps they are burnt out because of all the heavy rowing, etc. which incorporate biceps. He says he likes to have a total arm day separate from back day as this lets him focus more into the arms, reduces fatigue, and even creates blood flow to the triceps before hitting them.